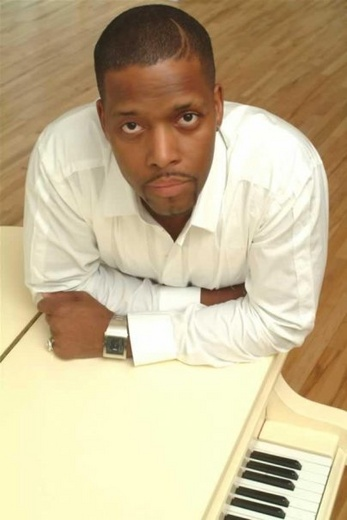 Reggae music has flourished in England like no other place outside Jamaica.

One such UK artist whose name is on a lot of people's lips right now is Peter Spence; a Birmingham born artist with street credentials to spare, but whose gifts increasingly demand a more international setting.

His story begins in England's second city of Birmingham, where he was taught guitar by his father, who had played with bands in Jamaica before settling in England. His own musical apprenticeship was first served by roles as the drummer and then rhythm guitarist for a group called the Experts during the very early 80s. Inspired by Jamaican harmony groups such as the Heptones and Tamlins, he then turned singer and joined a Sound-System called Imperial Warrior, based in the Balsall Heath area of Birmingham. The influence of Jamaican sound-system culture was all persuasive at the time, and new UK reggae acts began to emerge at a phenomenal rate, including friends and contemporaries of Peter's such as Pato Banton, Macka B, Tippa Irie, Maxi Priest, and many others.

His debut track, "Frivolous Woman", was recorded for Birmingham producer G. T. Haynes, who also managed Pato Banton, Tippa Irie and Annette B, in addition to Peter himself. His breakthrough arrived with a hit on Greensleeves called "Don't Leave Me Lonely", for which he received a Best Newcomer award. His next stop was another London based reggae independent label called Fashion, where he recorded a handful of tunes in the lover's rock vein, including "Yesterday's Magic", "I Believe In Love" and "Crazy Feelings". His debut album for G. T, "I'll Be There" was released in to rave reviews and won Best Reggae Album for that year at the Black Music awards, whilst Peter himself was voted Best Male Reggae Singer. He and deejay Tippa Irie, then co-starred on "Girl of My Best Friend" for Island Records. The Tours that followed took them to the US, Japan and Africa.

Peter Recently Has finished a new gospel album, and is making more time to work with and nurture new talent through his Sidewalk Entertainment & DB Production Company. 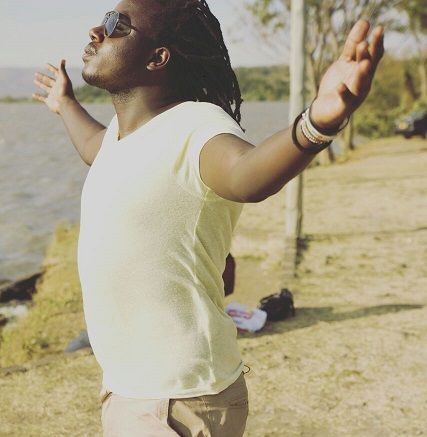 Shamir was born on the 28th of August 1986. Growing up in Kibera and Mombasa, Shamir went to St Mary’s Primary School in Mwea and Shauri Moyo Secondary School. In 2006, he decided to pursue his passion for music. Beginning with his high school church, he begun to sing and composed his own music.

He went on to become the lead singer in a group called Bad Man College, a band that focused on reggae music. In 2003 while he was in form 3, Shamir was blessed with the opportunity to work with the legendary reggae artist Burning Spear. In 2006 he went solo to pursue his music career.

Shamir finally meet his big break in 2007 with the release of his song “On Fire”, more than a hit in the Kenyan music industry. He worked with some of the biggest producers in Jamaica, namely Dean Fraser, Sly Dunbar, and Robbie Shakespear.

Shamir specializes in Lovers rock. He chooses this genre of music as he believes it possesses a lot of life. He believes that it draws people to it and does not discriminate as any one can listen and sing along to it. His music is inspired by love, his relationships and his daily life experiences.

Hobbies
Shamir loves to write, sing and produce music. He enjoys interacting with older musicians as he learns a lot from them. He also plays guitar and produces music 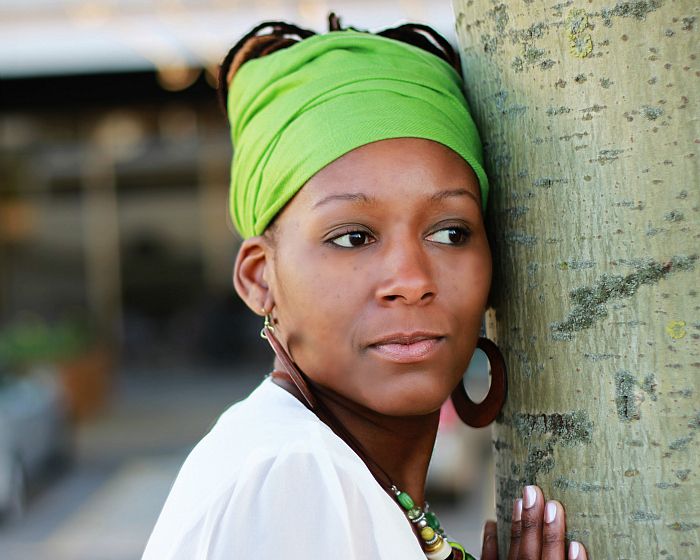 It’s been said that her dream is to be the “female answer to Beres Hammond”. Vocally, she has a soft, but commanding voice that as raspy as it is, pulses and touches you with every note.

Her latest work with well known London based Stingray Records has been the prayer that was finally answered after working with many different producers over the years. ‘Have You Ever’, a big hit originally sang by R&B Songstress, Brandy has been transformed into a new age Lovers Anthem.

As we’ve witnessed in the reggae business, throwbacks are a great way to get out there.  That’s how it began for Boston, USA bred Raphaelia aka Rafeelya. Determination landed her   first job in 1994-95 when she began hanging out in Jr. Rodigan’s  ‘Vibes Records’ shop (Dorchester, MA). There she met DJ Wade, a well known Hip Hop deejay, and soon after recorded specials for him.  Jr. Rodigan’s ‘Mastermind’ record label soon welcomed her with the release of cover tune ‘’Broken Hearted’’, another Brandy hit, in 1996.   After that opportunity, age 15, she took part in  Talent Shows, Stage Shows and recorded in many studios in the Greater Boston Area.  Musicians from Boston always worked together so she drew a lot of her confidence from the Local Talent, Lady Lee, Lavonya Bailey and Waynie Ranks to name a few.

Now a resident of the UK, Rafeelya is recording with the Stingray Records label in London as well as Mellow Vibes production in Birmingham.

In her catalogue of tunes ranging from R&B, Roots, Lover’s Rock and Dance, whatever you fancy, there’s something for your listening pleasure. 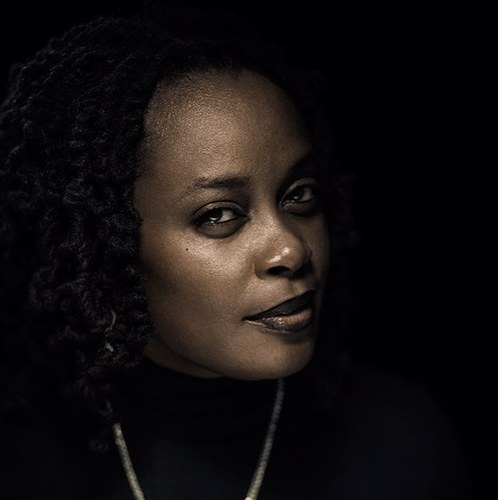 Naps studied piano as a child and sang in the school choir. On completing her education she became involved in session work providing winsome harmonies at various London-based studios. Her reputation led the highly respected female band Akabu to enrol Naps as their drummer. She toured the globe with the band, earning particular acclaim in Japan and the USA, where the novelty of an all-female reggae band gained them a lot of attention. They resisted major label interest as the contractual stipulations generally involved sexual exploitation and Akabu were determined not to compromise their credibility. When the band was not touring or recording Naps resumed her role as a backing vocalist. She made a notable contribution to Vivian Jones’ highly popular ‘Strong Love’. While performing with Akabu she accompanied UB40 on their Labour Of Love tour. It was at this time that she enjoyed crossover success, when ‘Suffering’ was released on the b-side of UB40’s interpretation of Winston Groovy’s ‘Please Don’t Make Me Cry’. By the early 90s she was finally given the chance to demonstrate her ability as a solo artist. Her debut, the sublime ‘When You’re In Love’, surfaced in 1994. The track was produced by the Ruff Cut Band who released further hits from the singer including, in 1996, a version of Bob Marley And The Wailers’ ‘Hurting Inside’. The band also released several other Naps’ songs, including ‘Sorry’ and the 1997 hit, ‘Slow Whine’. In addition to maintaining a solo career she supported both Janet Lee Davis and Starkey Banton, alongside fellow Akabu member Simmy in session at the ‘A’ Class Studio for Powers Youth. On the live circuit she joined her brother Vincent Nap backing Banton on his celebrated live performances at the Essential concerts in London. She has also worked in session alongside Soul II Soul, Imagination and the Eurythmics. In January 1999 her solo reputation was further enhanced when Ruff Cut released her long awaited debut, defiantly titled No Apologies. Notable tracks included ‘Help Me Lord’, ‘De Herbs’, ‘Mr. Melody’ and a remix of ‘Hurting Inside’. 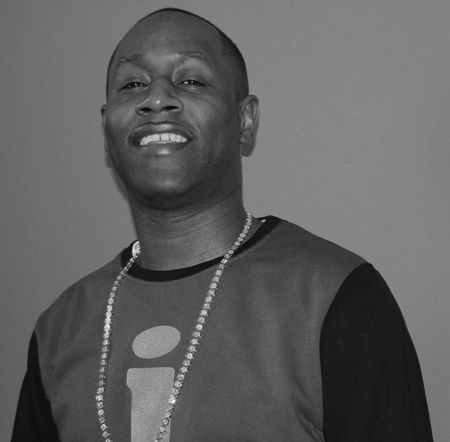 Sparky no new comer to the music industry, started out at the tender age of eight, and at the age of thirteen, on sounds systems, but it would be Java sound system that would propel Sparky into the Dancehall Scene.
Collaborations with America's very own, Jin, and ATL, R'n'B group from Atlanta.
Tour support and collaborations and Nationwide Tours, 'Blues And Souls,' for MTV Base, main support act for American Artists like Joe, ATL, Nas, Lil Wayne, Akon, Mario Winans, DJ Premier, Musiq Soulchild, and from Jamaica Beenie Man, Sanchez and Freddy McGregor to mention a few.
Sparky has gained recognition on the drum and bass, garage scene with Radio 1, Jada Flex, never straying from his dancehall roots, his musical resume reads like the Reggae who's who.
Da1Academy founded in 2009, by Sparky, introduced Layla Rose  to the Studio 1 Reggae Scene.
Vastly growing, Da1Academy ventured in collaborating with UK and US Artist, on their very own Mixed Compilations, Volumes 1,2, and 3.
Currently whilst doing all this, Sparky performed and hosted at the Royal Albert Hall, Charity Event for TCT, (Teenage Cancer Trust).
In 2010 Sparky toured in Europe, to do what no other artist has done, working with the two time heavyweight champion of the world, Shannon Briggs, giving him the greatest entrance to his come back fight against Vitali Klitschko, which was aired on ESPN and Sky Sports Worldwide.
From 2011 - 2012 Sparky continued touring the UK, performing live with various artists such as, Mr. Easy, Papa Michigan, and SSL, (Sparky, Savana, Layla Rose). Promoting new material from his album and SSL's No.1 single in Jamaica, for two weeks, 'Keep Your Head Up,' as well as latest single, 'History.'
On the 50th Anniversary of Jamaica's independence, Sparky alongside members from SSL, performed at the celebratory event raising money for charity, to then be invited to sing for the High Commissioner of Jamaica at a prestigious event, celebrating Bob Marley's Birthday.
Not only is Sparky a well renowned Singer/ Songwriter/ Producer, he also has a column in the monthly issue from, The Jamaican Times UK newspaper, keeping reggae music alive in all avenues, giving you the facts and music, interviewing established, to up and coming reggae artists from Jamaica across the UK.
Sparky is currently finishing his album 'The Book vol.1' which is Reggae Studio 1 and 'The Book Vol.2' Hip-Hop and R'n'B.
You can check out Sparky's video 'Charismatic,'  'Aka Rugged,' 'Keep Your Head Up,' and 'History,' on YouTube.
For further information, contact Da1Academy on;
da1academy001@googlemail.com. and sparkyrugged@googlemail.com