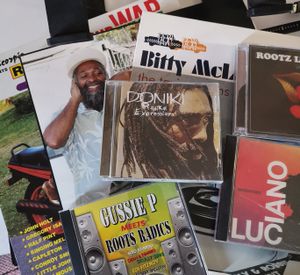 Since the inception of the internet the "culture of freeness" has grown to levels that no one could have anticpipated, this is not to say that people dont buy music anymore but the "cop for free" attitude heavily outweighs the attitude to buy and own music especially when it relates to a marginalised genre like reggae and dancehall reggae.

Back in the day moving units was the way to determine if an album was doing well but now the dynamic has changed and its all about hype and streaming stats whether it be Youtube views or Spotify numbers.
Bottomline music doesnt sell the way it use to and when you check the sales figures for Reggae albums its pretty much embarrasing when compared to other genres. This begs the question why reggae artists or artists in general still put out albums?

1. More Mileage Over singles:
A single gives you temporary hype and is mainly used to keep fans satisfied inbetween projects, but when it comes to media placements and radio play nothing beats an album.
When a on air personality is presented with a body of work it makes his/her life much easier as you have a variety of songs to choose from.

2. Many Moods of an Artiste
An album allows an artist to be more creative and delve into avenues he wouldnt usually do. Usually a single covers one mood either it be a love song or a conscious song but when doing an album it leaves room for an artist to express himself more so you end up with a much more rounded theme.
Listeners these days may have playlists or mixtapes they listen too daily but a true music fan turns to albums to capture the essence of an artist by expiriencing different moods of an artist in one place.

3. Bookings.
Its much easier to book an artist who has an album over an artist who is littered with singles, an artist with an album seems to be more of a serious artist over an artist with singles (this might not always be the case). Perception is a hell of a thing!
Promoters looking for talent to fill a 30 min spot will get a better idea of what they are going to get from an artist when they listen to albums. This arguement although can be countered by the fact that some promoters these days have no clue about the artists catalog and the only driving factor they are interested in is the hype around the individual...."Oh Well"